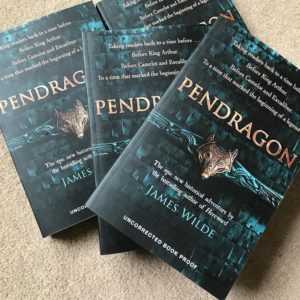 The road to publication follows familiar landmarks – finishing the first draft, the various edits, through the delivery of the first box of books to publication day and the subsequent round of publicity and signings.  One of the key moments is the arrival of the uncorrected proofs – softbound copies of the novel, usually replete with the odd error, that go out to reviewers and booksellers.

The proofs for Pendragon, by the ‘other me’, James Wilde, are now in.  If you fall into one of those two groups, get in touch with Penguin Random House UK publicity to order your copy.

You can pre-order this reimagining of the beginnings of the Arthurian myth here, or from your favourite book store. 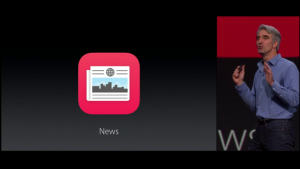 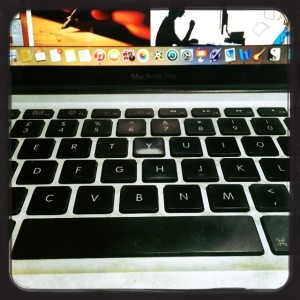 Ebook versions of my out-of-print titles will be published in the coming weeks. These will be enhanced versions, with corrected copy and in some cases additions to text. They will also include detailed commentaries – background to the story, how the book came to be written and how it reached publication. The information, tips and knowledge here will be of particular interest to aspiring writers.

In the pipeline are Lord of Silence, Scissorman, The Eternal, Nocturne, The Fairy Feller’s Master Stroke, and a collection of rare short stories and novellas, as well as a look-back at the ‘lost’ and possibly cursed non-fiction book Testimony.

If you have any preferences for publication order, let me know.

Love the cover of the US edition of World’s End by John Picacio?  Put your hand in your pocket… 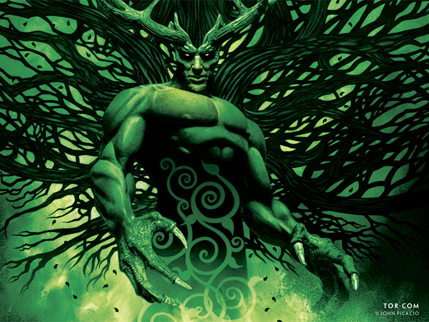 John is launching a Kickstarter campaign to produce a 2013 calendar featuring some of his breathtaking art – including this cover.  It’s going to be a truly lovely work, and there will be signed prints and other incentives for those who fancy stumping up a little bit of cash.  The target is $12,000 and you can be a part of it here:

Yes, I *know* the world is coming to an end in December.  But just in case we all somehow make it through to New Year, you will surely need a 2013 calendar…with a page dedicated to World’s End…

Here’s the Best New Author award that Fear magazine gave me and which pretty much launched my writing career. It’s a lovely, hand-painted item and I was very proud to win. Publisher John Gilbert has just relaunched the mag.

A two-and-a-half hour webchat with the great Alan Moore, wherein he talks about magic, writing, creativity, Lovecraft and horror, the League of Extraordinary Gentlemen, philosophy, time, his new novel, Watchmen and more…

As I was finishing up the last draft of The Devil’s Looking Glass, I received news of the publication of the French version of Lord of Silence (see below). It got me thinking about how, although we live in a globalised world/economy, fiction is one area where the separations of the past are still quite evident.

The massed ranks of the internet love to pretend only one yardstick is necessary for books. Press this button for good, and this one for bad. Except, as the music industry has found out, the 21st century is all about nuance and complexity and mini-tribes. The mainstream is dead.

Some books just don’t travel well. That doesn’t mean they’re bad books, just that they’re not necessarily universal. Some novels work best when they’re communicating with a very narrow readership. Subtle, deeply-themed, with a great deal of unspoken communication because so much knowledge is already shared.

This is a long tradition of British fiction, and one reason why many UK writers have struggled across the Atlantic, but you can also find it throughout Europe.

Americans are much better at universal communication (unless the fiction is religion or sport-based when it hardly ever breaks out of their shores). I don’t know why that is, although I have a few ideas. The nation and its history is based upon the principle of Big Mythologies, and myth is a universal communicator with its symbols and archetypes. And film as an American art-form (okay, arguable, I know, but it has been embraced by the people as such) has infused the culture with its universal communication techniques.

I love the big books with the ubiquitous themes, but I’d certainly miss those fusty, quirky little stories about forgotten parts of a country’s culture if they came under threat in the current publishing climate.