In which I talk about dragons and fascists. 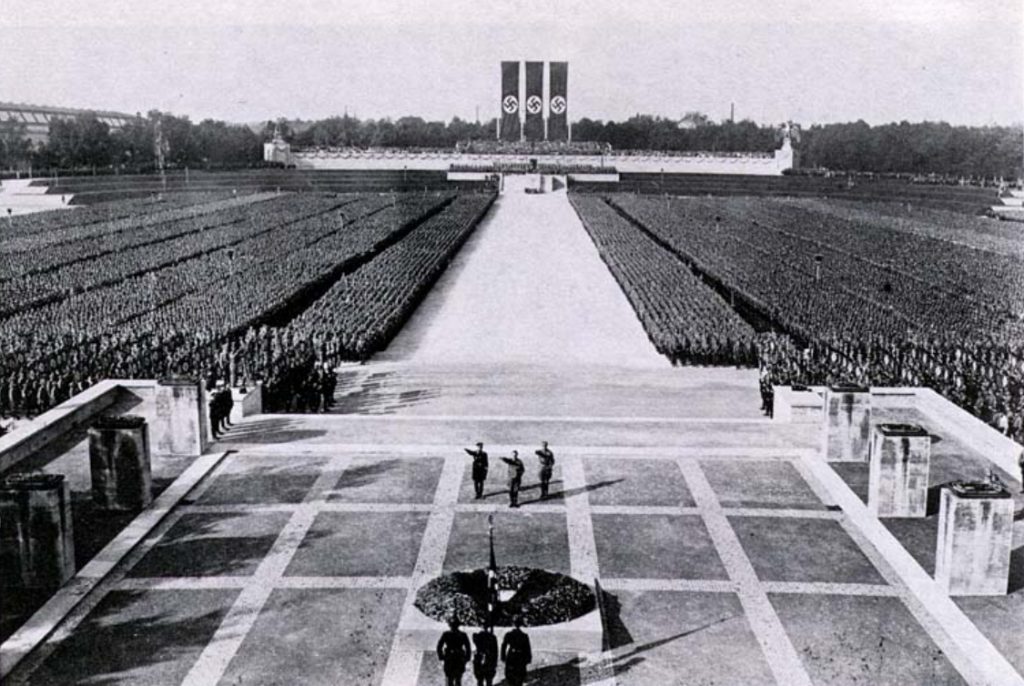 At time of writing, a suspect is in custody for the murder of eleven people at a synagogue in Pittsburgh, the worst anti-Semitic attack in US history. The details of the atrocity are gut-wrenching and difficult for decent people to contemplate.  Equally hard to accept is the slow-dawning realisation that this may well be the new normal.

There are numerous causes.  Hate-filled demagogues.  The Communication Age giving a voice to people who probably shouldn’t be empowered.  The disillusion of those who are finding it impossible to adjust to the 21st century.

But all this leads towards one outcome: the normalisation of things that in past times were so far beyond the pale they wouldn’t be discussed in polite society.  (“Mainstreaming’, in a piece of jargon – something I will get on to shortly.)

And key to that normalisation is the use of words.

When I began writing my urban fantasy series, Age of Misrule, about ancient myth and legend transforming the modern world, I began with one very key decision.  I’d be using some familiar tropes.  Concepts that we all know extremely well from childhood through the fairytales and mythic stories that we’re told almost from the moment when we understand what a story is.

As an author, this created problems for me.  These fantastic ideas would be so familiar to readers they came pre-loaded with assumptions, descriptions and prejudices.  In my books I wanted them to be seen with new eyes – the wonder caused by the shock of the unfamiliar – and free of any symbolism and metaphor so I could use them in my own way.

So I could give them the meaning I wanted to convey.

That’s why I decided to call them by unfamiliar names.  Dragons were Fabulous Beasts.  Vampires were the Baobhan Sith, the blood-drinking supernatural figures of Irish mythology.  And so on, with all the other core concepts of myth and legend.

Hopefully all those preconceptions would be re-set as readers tried to work out who the Baobhan Sith are, say.  It seemed to work.  The books sold all over the globe, and are still selling.

It’s an important lesson.  Tell someone the thing they thought they knew well is now called this new name, and they re-set their opinions.  They start working out how it now fits into their own worldview.

This is how fascism becomes just another strand of the Left-Right political battle, rather than a reprehensible philosophy that caused the death of millions.

The term Alt-Right is key.  It’s thrown around in the media as if it’s simply another strand of Conservatism, harder edged, more pure, something that young men (usually) can jump on to to appear cool when they can’t get girls, or boys.

Nazis like Hitler.  Fascists who slaughtered Jews in their death camps.

Does Alt-Right make you think of that?  No, it makes you think of some sub-genre of music that all the cool kids like.

Don’t use Alt-Right.  You’re helping them win.  You, you and you.  And, yes, you, CNN, NBC, BBC, Washington Post, The Guardian and all the other media organisations.

The name Incel – Involuntarily Celibate – was self-selected by boys who can’t get girls and feel very sad about it.  That one word allows them to become a movement, disenfranchised victims who should be treated like any other minority.  It allows them to terrorise women – as a right.  To ‘mainstream’ hatred and even to justify murder.  One word.  Because without that word, everyone everywhere has their perception of who and what they really are.  They’re very clever, mainstreaming their own troubles.  It gives them legitimate reasons to both feel bad and be collective victims of a societal problem.

Except it’s Domestic Violence.  The psychological abuse of a woman, and sometimes a man.  Not so kinky now, is it?  Not so much arousal.

This goes much wider and deeper.

People used to fighting political battles understand each other.  They use a shared language, packed with technical terms.  And while they have no problem with understanding, and while the public may generally know what the jargon means, it doesn’t have the gut-punch of a well-used word. It doesn’t convey meaning.

Anti-semitism is seemingly the root cause of the atrocity in Pittsburgh, and was a major issue on the other side of the Atlantic all this year with allegations levelled at the British Labour Party.

We know what antisemitism is.  But we don’t feel it, do we?  Call it Jew Hate, then we get it.

Many of us know what misogyny is.  It’s a term bandied around by political campaigners in the UK and US.  Talk to people on the street, and they know it’s bad, in that detached I-kind-of-understand-what-that-means way.  Call it Woman Hate, then they get it.

Words matter.  All writers know that.  But they matter more than any of us may realise in shaping the society we live in, and the one we want to live in.  George Orwell understood it when he wrote Nineteen Eighty-Four.

Let’s re-learn that lesson so we don’t have to keep re-fighting old battles.