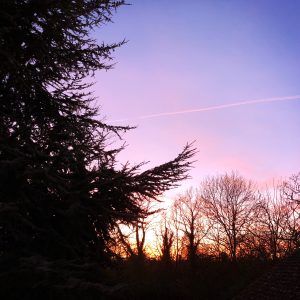 For a while there, I was thinking of changing the name of this blog to The View From The Bunker.  On a personal and professional level, 2017 was all-round great, if not one of the best for a while.  But…you know…out there in the world…

Now, stuffed full of turkey and mince pies and brimming with martini and champagne, I feel a bit more optimistic.  Still, whichever way you look at it, this year is going to be another one where Big Things Happen.  No point trying to ignore it.

Everything is connected.  Outside/inside.

On that theme, I plan to be writing a lot more here.  For a while, I’ve wanted to pass on what I’ve learned about the writing world.  How to go about making a living from novels and TV and film and journalism, say.  Because when momentous events are occurring out there, it’s also a good time to shake up your own life.  If you’ve ever wanted to walk away from the mundane world of 9-to-5, to carve out the existence you’ve always dreamed for yourself, now’s the time.

One thing the current Age of Upheaval has taught us is that time is running fast, life is short, and there’s no point counting on the status quo to see you through.  The people who win big are those who take calculated risks.  There won’t be a better time to reimagine who you are and what you do.

I’ll be talking about all that here.  Maybe you’ll pick up something that might help you.

My own work-front is looking pretty crammed.  I have three TV series in various stages of development with major broadcasters, and a movie script underway.  Can’t say any more about any of those right now.

There’s a new book out from my pseudonym, James Wilde, in July: 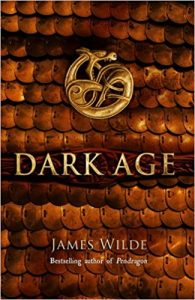 The paperback edition of Pendragon is out in March: 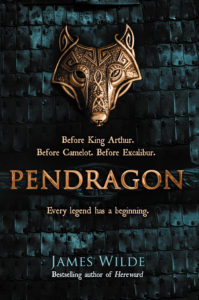 And various foreign editions all hit the shelves across the globe.  For a while, I’ve kept the “Mark Chadbourn” name just for screenwriting, but this year I’ll be publishing something under that moniker which will appeal to Age of Misrule fans.

And in the summer, I’m being inflicted on the poor students and conference visitors at the University of Oxford, talking about fantasy, Tolkien, writing and more.

Hold on tight. 2018 is going to be epic in all the right ways, if you decide to make it so.

One thought on “2018 – The Year When Everything Changes”