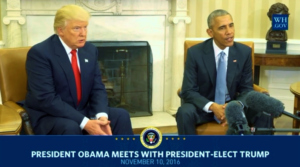 The expression on the face of President-elect Donald Trump – an entertainer who was only ever interested in being watched and adored – says volumes.  This is a man who has just had his first presidential briefing.  He’s heard about the bio-terrorism weapons about to be unleashed, the dirty nuke that’s slowly being put together on American soil, the rapid growth in Chinese militarisation and troop shifts towards borders, the anarchist hackers who are primed to shut down all safety procedures at US nuclear plants, the latest research that suggests global warming is now accelerating so fast it may already be ‘game over’…

This is the candidate who not only didn’t expect to win, he didn’t really want to win.

And now he has millions of lives in his hands.  Look at that expression. Does it say, I’m up to this?  Or does it show an existential terror about what he’s got himself into?

And then there’s the matter of symbolism.

We’ve talked here before about how symbolism is more important than facts in communicating with people – it drills deep into the unconscious.  And the President of course is as much, if not more, of a symbol than he is a political leader, particularly to the wider world.

To the rest of the world, Donald Trump now *is* America.  His beliefs are America’s beliefs.  His way of behaving is the way other countries expect America to behave.  His language is America’s language.

America’s image across the world was at an all-time low under the Bush administration.  Under Barack Obama, by almost every metric, it is at an all-time high.  That has made it easier for Obama’s team to forge alliances, to encourage trade, to persuade countries across the globe to invest in the US and thereby increase the prosperity of Americans.

And now?  How is the world seeing Trump’s America? 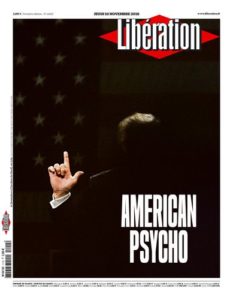 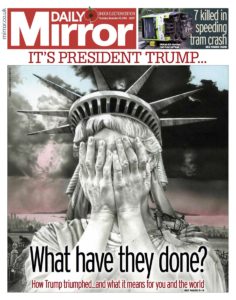 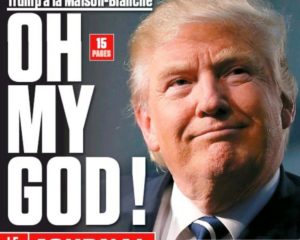 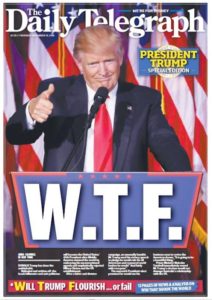 No doubt many of the President-elect’s supporters believe it doesn’t matter what the rest of the world thinks. The concept of American Exceptionalism produces a worldview that is easily dismissive. But in an era of globalisation, where everything is connected, it matters more than ever before.