We’re about to reach a turning point for the world, one of those rare moments in history when every single thing changes and all the that we relied on before is replaced by something new.

The combination of Russia’s decision to invade Ukraine and the pandemic will unleash disruption on a massive scale in many different areas at the same time. I’ve just worked my way through several reports which show how these crises are going to interlock and force huge changes.

It all sounds catastrophic but crisis drives change for the better.

The West will be forced to start caring more for countries suffering in East Asia, the Middle East and Africa.

The global economic system will have to be rethought with new trade arrangements that provide security for all and are less damaging to the planet.

There will be overwhelming investment in renewable energy systems that will tackle the climate emergency far better than anything we planned before.

We’re a weird species. We only make changes for the better when crisis forces it upon us. But history shows us that times like this always result in something significantly better.

Bottom line: the months ahead are going to be a turbulent time that we’re all going to have to get through.

Everything is going to be smashed down (metaphorically). But in times of crisis the best of people emerges and we’re going to start building a world that’s radically different and incredibly better.

Because there’s going to be no alternative.

The world has changed completely in three weeks. None of the old rules apply, none of that twentieth century thinking counts for a thing any more.

What is the new world going to look like?

I’d been working on a new book that set out to answer that question. Now it has a different context and an added, perhaps desperate impetus. We need to start thinking through that question fast because the pace of change, if anything, is accelerating.

I used to work as a national media journalist in the UK – print and TV. That has left me with a lot of excellent contacts in foreign affairs, defence and intelligence. I’ve been putting them to good use on my personal Facebook page where I’ve written extensively about the Russia-Ukraine conflict. If you’re interested you should be able to find it easily.

And we thought we were getting a break after the pandemic, right? This world comes at you hard.

But at least it’s a little easier to travel now. I’m heading back to the US shortly for a two-year delayed trip. Triple vaxxed with booming T cells thanks to a ‘rona infection just when I thought I’d dodged the bullet, I’ll still be wearing a mask for travelling.

There’s going to be a whole lot of new stories to tell. New thinking to be done. New answers to be found. Let’s all do what we can. 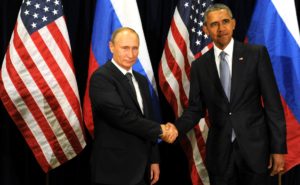