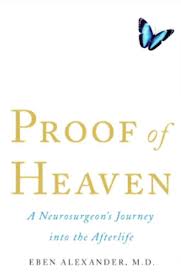 A major study by medical experts at UK and US hospitals is trying to shed some light – of the end of the tunnel variety – on near-death experiences.

Attempts to explain NDEs away as hallucinations have generaly failed because hallucinations are random and person-specific. NDEs follow a very established pattern – rising out of the body, travelling up a tunnel towards a bright light, a sense of tremendous well-being, whole-life review, meeting a figure of light and dead relatives and friends. Those who experience it are profoundly altered.

Others have suggested its the dying brain dealing with a lack of oxygen and a flood of endorphins, but other studies have shown the brain responds in a totally different way to those two things.

Friends I have in the medical profession are certainly very interested in this, and see it as a definite phenomenon that deserves this kind of detailed study.