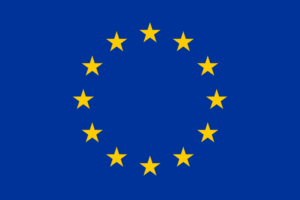 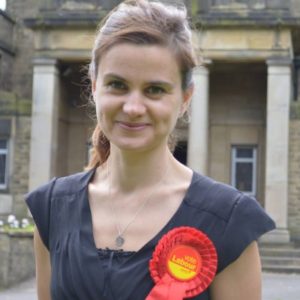 I don’t like the world we’re in now. I’m sick of the confrontational political discourse. I’m disgusted with both sides making out that it’s disaster if you don’t agree with them. There are people out there who are tinder-dry and only need the faintest spark to set them ablaze. This isn’t confined to the UK. I want better leaders. I want better politicians. And right now, I really, really want them to shut up.

There is a shiny red apple filled with poison and a crone with eyes like steel. There is a virginal girl as pure as snow, a sleep like death, and a kiss that wakes her into a new life of Happy Ever After.

The tale has survived from ancient times because it was always more than just entertainment. It was an instruction for living. Snow White would have been told to young girls to prepare them for the life ahead. Beware of older women. They will be jealous of your youth and potential and will try to keep you locked in childhood. One day a man will come with a kiss — a metaphorical kiss, though stickier and sweatier — and he will awaken you to a new, adult life where you will find happiness.

Stories are the way we make sense of the world around us.

We’re moving into a new age now, one of unparalleled and accelerating technological change. Every aspect of our existence is being transformed. Hang around in the coffee shops and bars and you will catch murmurs of unease. Old friends are vanishing by the day. Familiar, comforting ways of doing things lost. Nowhere seems safe.

Never has there been a more important time for stories that instruct and guide and explain. A new narrative for a new age.

As a novelist and screenwriter, working for, amongst others, the BBC, I’m regularly in meetings with producers. Recently, I pitched a story that looked at how technology-driven change is shaping the world. Now I love the thrill of this new age and I’m fully-immersed in all aspects of tech. So I was, quite frankly, stunned to realize that I was having to explain at the start of every meeting that, no, this isn’t science fiction. It’s happening NOW.

Not long after, I was meeting a police contact to discuss research for a new TV series. He laughed at the depiction of most law enforcement officers on screen. Twenty years out of date, he said. Shows hired ex-cops to act as advisors, but the knowledge they held was from that distant, fabled time of pre-five years ago. Change was coming so fast, you needed to be on top of it, right now, to reflect it with any accuracy.

Why were all these experienced storytellers failing to keep up? For a start, it’s hard work. And paying attention is time-consuming, when you’ve got characters to create and arcs to develop and themes to sharpen and research to do. Who has the space to keep watching this tsunami of new information that’s engulfing the world?

Back in 1970, futurist Alvin Toffler wrote a book called Future Shock, a term which he defined as “too much change in too short a period of time”. The simple fact is that the majority of people simply can’t assimilate the staggering pace of today’s technological advance, one that grows faster with each passing week. Look away for one moment and so many new things have popped up that it’s easier not to pay attention at all. Get on with your life. It’ll sort itself out. Wrapped up in their jobs and their relationships, they only look up when another touchstone has fallen. And then, seeing what they’re losing but not knowing what they’re gaining, they’re fearful.

Storytellers have a responsibility to those people.

There’s plenty of academic research which shows that information or guidance provided in a tale is more sticky than plain facts taught in a lesson. Our ancestors knew that. Many of our oldest story-forms are packed with facts about agrarian life, the seasons, tree and plant lore, with life-lessons, and psychological insights. Sitting around the fire, the listeners would be entertained, and learn, and understand.

At their heart, stories are all about the human condition. Character. Emotion. Raw human nature doesn’t change — Shakespeare has shown us that. But tales are also about explaining the world around us, and how humans interact when placed under the stresses of the global environment.

Creators have always done that well. Whether it’s responding to 9-11 or the financial crash of 2008, we’ve seen plenty of fictions trying to make sense of those things.

But are they doing enough to reflect the current state of things? I don’t think so.

Part of the problem is that change is happening faster than the traditional production cycles of TV, film and novels. The entertainment industry can’t keep up. Many a time I’ve heard a producer complain about time and money wasted developing an idea that’s out-dated by the time it comes to fruition. It’s easier and more cost-effective to look back to simpler times, familiar story-forms and settings.

That’s what a lot of viewers and readers are doing. But it doesn’t help them.

In this 21st century thrill-ride of constant disruption, rapid change, of terror and hope, we need creators to start illuminating it as it happens. That means looking forward two or three years, taking in vast amounts of information and then creating something which will be relevant the moment it hits the street.

That’s hard. It requires a new way of thinking about stories. Not quite science fiction, not yet science fact. But one aspect of all that rapid change is that the tools to do this are out there, if we’re open to it.

But if creators opt for the easy option — looking around or looking back and then dreaming up their tale — they’re letting down a lot of people who really need their help in understanding what’s happening now.

One of the things that seems to unite a lot of my readers (if the emails and messages I get are right) is a deep-seated sense that there’s something wrong with the world. With the way we operate as a society.

Here’s a short film about some new research which suggests they’re right. It has implications not only for the creative industries – in my case, publishing – but for business in general, for politics, for environmentalism and more.

More than anything, they just want purpose in their life. That might sound dangerously spiritual, but according to this research funded by the Federal Reserve – not a haven of radical thinking – it’s true.

The Government has announced plans for a new £25 million visitor centre at Stonehenge.

The entire ritual site around Stonehenge is pretty much an atrocity, and a mockery of its World Heritage Site status. Moving the visitor centre a mile and a half away is one small step to redressing the shockingly poor stewardship of such an important site, but the site is still criss-crossed with noisy roads and ruined at night by light pollution.

I don’t blame English Heritage – they do a good job under difficult circumstances. I do blame successive British governments. The next step should be to get rid of the roads, if necessary through long tunnels, which would then give the entire site some of the gravity and majesty it deserves.

The usual Government argument is that the cost would be prohibitive. Perhaps they should have used some of the billions spent sending Iraq back into the Stone Age for no discernible reason.

For all you fantasy fans who keep banging on about world-building, some words from M John Harrison:

Every moment of a science fiction story must represent the triumph of writing over worldbuilding.

Above all, worldbuilding is not technically neccessary. It is the great clomping foot of nerdism. It is the attempt to exhaustively survey a place that isnâ€™t there. A good writer would never try to do that, even with a place that is there. It isnâ€™t possible, & if it was the results wouldnâ€™t be readable: they would constitute not a book but the biggest library ever built, a hallowed place of dedication & lifelong study. This gives us a clue to the psychological type of the worldbuilder & the worldbuilderâ€™s victim, & makes us very afraid.

The one-line description of a dvd box set on sendit.com:

‘4 movies from Orson Welles, star of The Muppet Movie.’

He really did waste his time making Citizen Kane – film critics’ choice of greatest movie EVER – didn’t he?