“We’re like the dreamer who dreams and lives inside the dream. But who is the dreamer?” we are asked in David Lynch and Mark Frost’s TV masterpiece, Twin Peaks The Return. And waking from that mesmerizing, baffling, inspiring, terrifying, amusing, irritating dream of a series, we understand that is the key question. For the series. For life.

When the finale aired, in the US on Sunday and in the UK on Monday, the internet was awash with outrage and bewilderment: “He didn’t explain ANYTHING.” I think Lynch and Frost gave us plenty to find understanding, and I’m going to put down some of my thoughts here. It shouldn’t need to be said that there are SPOILERS aplenty beyond, not just for Twin Peaks but many other things too. 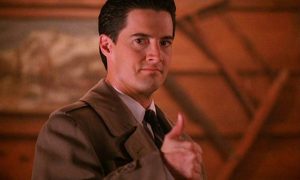 The lazy analysis of most of Lynch’s works is that his films “are like dreams”, with the unspoken opinion that they make no sense and are not supposed to make sense, a swirl of symbolism that you can only give yourself up to. But like all great art – and Twin Peaks The Return is art, make no mistake, just like the anguished paintings and sketches and sculptures Lynch labours over in his LA studio, and bearing much of a resemblance to them – his work makes perfect sense. All you need is The Key.

In past works, Lynch has always placed something – a line of dialogue, an image or collection of images – that unlocks the whole puzzle of his art and reveals meaning and structure and the hidden narrative. 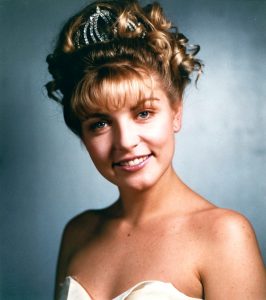 At its heart, Twin Peaks – and nearly all Lynch’s work – has been about trauma. How it shapes and breaks lives. How it infects the world around us. If there is any hope for redemption, personal or societal. The devastating sexual abuse of Laura Palmer by her father, and her subsequent murder at his hand, rippled out to alter an entire town and the lives of everyone who lived there. It’s there in his very first theatre-released movie, Eraserhead, in Lost Highway, in Mulholland Drive. Lynch makes the claim time and again that how we deal with trauma is a fundamental part of living.

The key to unlocking Twin Peaks The Return is his Oscar-nominated movie Mulholland Drive. That film is a part of the Twin Peaks “universe” – it was originally designed as a TV spinoff featuring Audrey Horne’s adventures in LA – as is Lost Highway, and Eraserhead. 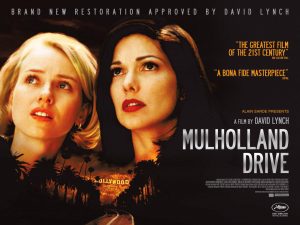 Mulholland Drive seems to tell one story, but in the last few scenes we learn it’s telling another story entirely, that of an actress who committed a terrible crime that has destroyed her, and that all that has gone before is her attempt – her dream – to make it right.

And so with Twin Peaks. There is ample evidence – in dialogue, in the timelessness of the town, indeed in the time loops which show the normal rules don’t apply, in the characters themselves – that Twin Peaks is not of this world. 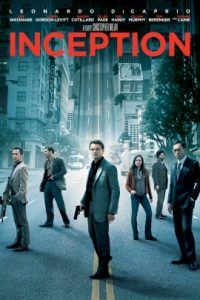 The abiding mythology that Lynch has constructed across many of his works is of a place of, perhaps, collective unconscious that we visit in dreams and where idealized versions of ourselves try to work through our traumas and the problems we face in our waking world.

The primary way in which we make sense of the world, and ourselves, is Story. A problem is established, obstacles stand in the way, and a solution is found. That applies to a murder mystery and to how we cope with the abuses of the real world. And so our dreamers enter the dream-world of Twin Peaks and find the story that is pertinent to them. 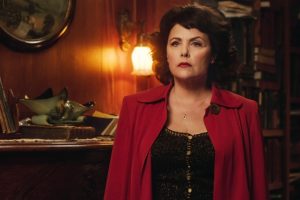 In Twin Peaks The Return, Audrey Horne is terrified of being forced into the story titled The Little Girl Who Lives Down The Lane. Because that is the name of Laura Palmer’s (or rather Carrie Page’s) story, and we all know what happens in that one.

In the same way that Dom Cobb tries to resolve his trauma in Christopher Nolan’s Inception, through various forms of the real world, which may all in fact be dreams.

In the same way that Christopher Hadley “Pincher” Martin tries to make sense of his life’s traumas with his dying dream in William Golding’s brilliant third novel, Pincher Martin. 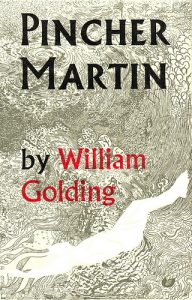 At the very end of Twin Peaks The Return, Kyle MacLachlan’s character wakes in a motel that we haven’t seen before, with a car we don’t recognize, with a new name – Richard – and in a world that has the gritty, mundane appearance of our own, far, far removed from the wonders and terrors of Twin Peaks. In Judy’s Diner, in miserable Odessa, he takes down three rednecks, not as the bright-eyed Coop we know, or the brutalist Mr C, but as some amalgam of the two, the real-world coming together of his fragmented dream personas.

There is no Coop, that idealized, Buddhist, decent-hearted knight. There is no Mr C, that epitome of evil. There is only Richard, who dreams a dream to solve the mystery of his own trauma and through it, hopefully, find some redemption. Does this trauma involve Linda, or Diane, as we know her from the Twin Peaks collective unconscious? Possibly. And we could dig into the story Cooper is involved in in that dream to find those real-world origins.

And in a fantastic piece of Meta imagining by Lynch, we are told that this end sequence is our own world because the woman who answers the door at the Palmer house, is the person who really owns that home in Washington State: Mary Reber. 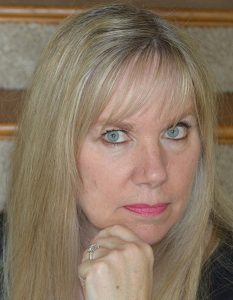 And what of poor, bewildered Audrey Horne? We never got a resolution to her story, the internet cried as one. But we did. After her dreamy dance at the Roadhouse was interrupted by a brawl, Audrey runs to her partner-tormentor and cries, “Get me out of here!” Cue: jump cut to the person we know as Audrey staring into a mirror in a white room, perhaps a hospital.

Who is the dreamer? In this story, it’s mainly Richard. Lynch lets us know by superimposing Kyle MacLachlan’s face over the final part of the meeting in the Twin Peaks Sheriffs’ Department. It’s also all those we see manifesting in that collective unconscious.

But in the end, it’s all of us. We go into our fictions – our Twin Peaks, our books – to make sense of the horrors of our world, and through them find some way to survive.

Lynch layers his worlds, and his themes, to make his point. In the first season, the characters who exist in Twin Peaks are obsessed with a soap opera, Invitation to Love. They are drawn to that story filled with the characters’ trials, triumphs and torments as a way to make sense of their own lives. Just as their real selves are doing with that dream. Just as we do with our own stories.

There’s still so much more to glean from this tremendous work. So much to turn over and debate and sift for meaning. The original series changed the landscape of TV by showing us what was possible from that medium, and through that helped prepare the ground for the golden age of TV we’re living through now.

And with Twin Peaks The Return, Lynch and Frost have done it all over again. 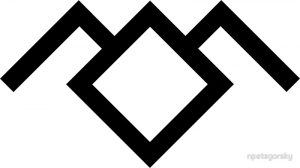