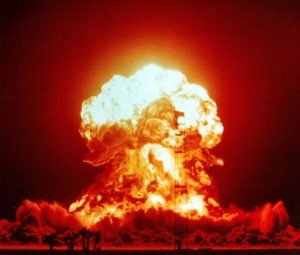 The EU Referendum seems to have unleashed some kind of collective madness in the UK.

I’ve been planning to write about the fallout for a few days. But every time I sit down, the situation changes. By the day, by the hour, sometimes even every five minutes.

Leave voters’ buyers remorse. Will-they-won’t-they trigger Article 50 and start the uncoupling process. The devastating racist attacks on communities across the UK. The implosion of the Labour Party. The Conservative leadership campaign. Michael Gove’s Shakespearean act of treachery. Boris Johnson’s subsequent decision not to stand as leader, the thing he’s been working towards all his life and which he blew up the country to achieve. Lib Dem leader Tim Farron’s hint that a new centrist party could be formed with Labour moderates.

There doesn’t seem to be an end to it.

No point putting finger to keyboard and then it all being obsolete the second I press publish.

This may well be one of Malcolm Gladwell’s tipping points – everything always stays the same until the moment everything changes. We’ve seen it happen in business and international affairs and the media. It’s all part of that 21st Century disruption.

This is a headache if you’re writing fiction. You want your work to resonate with the world around you. But the book publishing schedule – or the TV production schedule – entails a year, sometimes two, between writing and publication. When the world is as it is at the moment, the chances are some of what you do is already out of date by the time the book hits the shelves. That diminishes its power.

My colleagues writing SF have been wrestling with the rapid changes in technology for a while (and my US editor remarked that one of my books was three waves of tech out of date between UK publication and US). But I certainly wouldn’t like to be a commenter for the news print media.

*rips up fifth column of the day*

It’s exhausting. I want a break. I want all of us to start moving forward again instead of thrashing around in the whirlpool.