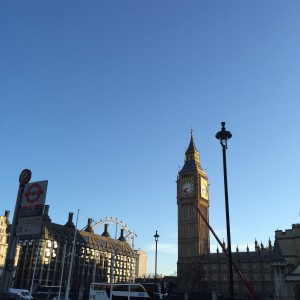 I lived in London when I was young, drunk and stupid.  In the first instance, above a kebab shop in the Queenstown Road in Battersea.  My office was the Beaufoy Arms around the corner (known affectionately as the Beefy Arms), run by a Jamaican couple who served me jerk pork and Red Stripe while I attempted to make a living scribbling words for the big newspapers.  I was surrounded by – possibly clinically insane – people, some of whom have remained friends to this day.  Some of whom hold positions of power and would prefer me to keep my mouth shut.

After that, I lived in Clapham, a stone’s throw from the common.  Frankly, it’s a bit of a blur, but life was lived to the full.

I’ll be honest.  The universe has been kind to me in recent times.  I work hard, in lots of different areas, and I really can’t complain.  I’ve never been someone who’s been interested in money – if I was I would have stayed as a national newspaper journalist or become a banker, instead of crafting myself as an itinerant ne’er-do-well.  But I’ve always enjoyed experience.

I spend so much time in the city these days, pitching work to TV companies, and film producers, and publishers, it seemed only right to get back there.  I’ll still be spending time in my beloved Kingdom of Mercia, but for the most, I’ll be doing the Lambeth Walk and taking the piss out of Cockneys.

I’m still two of the three.

One thought on “London Calling”